In mid-2015 my entire world came crashing down. Everything I understood about life and my purpose on this journey was shattered in an instant.

Thankfully most of us have an extraordinary ability to adapt and rebuild. To salvage some strength from adversity. To find happiness from deep sorrow. A remarkable study by Harvard psychologist Dan Gilbert demonstrates precisely this. Our ability to feign happiness and trick our minds into becoming happy once again is a built-in human trait.

It’s how prisoners are able to cope with prolonged incarceration. It explains why those with very little can lead normal fulfilling lives. And it’s how most of us are able to dust ourselves off and move on in life if we don’t get the job we want or if an important relationship breaks down.

So I’m able to share this story thanks to my genetics – our shared genetics – and the fact I have managed to rebuild my shattered world.

As a former city councillor and parliamentary candidate it’s fair to say politics has always been a big part of my life. I was one of those weird 90s teenagers who always preferred Newsnight over Neighbours and Channel 4 News over Changing Rooms.

My passion for politics began at an early age. Indeed it is part of my own family history. I am the son and grandson of Ugandan Asian refugees who arrived in the UK with nothing following the 1972 expulsion ordered by Idi Amin. This was a major political event, an African holocaust in the making.

My parents and grandparents chose to settle in Leicester and I was born and raised on the St Matthew’s council estate. Life was incredibly tough for us and we experienced great hardship. As my father struggled to find work and provide for his young family, food was often scarce and new clothes were always a luxury.

Luckily, although my upbringing was extremely poor, my family was able to survive – and later thrive – thanks in-part to our welfare state. We had a home with help from the Council. Healthcare was free and easily accessible. And I had free school meals for much of my early education.

My grandparents were a big part of our family life and I frequently sat on the sofa with both of my grandfathers to watch the news whenever it was on. My maternal grandfather in particular was an avid news watcher. He would always explain to me the nature and relevance of world events.

As I grew up I began to understand more and more each day that we lived in an unjust world. I saw there were countless other families and children in Britain and elsewhere who were also suffering disadvantage and discrimination.

Looking back I think it was at the age of around 8 or 9 where, having experienced injustice – both first hand and vicariously – that a seed was planted in my head; not only that politics was really important, but that the decisions made by powerful people could affect many lives.

I was incredibly lucky to be taught by some very kind teachers and several of them clearly saw something in me that I was unaware of. At age 12 I was encouraged to get involved in student politics at Babington Community College, representing my class and later my year group on the student forum. At Regent College when I was 16 another teacher prompted me to stand in the NUS elections and I was elected Vice President of the student body.

Over the following 10 years my passion for politics and my desire to help people, particularly those who were being badly treated, continued to grow.

I went to Brunel University in London to study politics and history. I became an active member of the Labour Party. And after finishing law school I qualified as a solicitor, helping some of the poorest people in society have access to justice.

All the while I would share my achievements and happy milestones with my family, but particularly with my grandfather; the man who kick-started my interest in politics – and the only person who really enjoyed watching Question Time as much as I did.

At the age of 29 I was elected as the youngest councillor in the city of Leicester. It was an incredible feeling to have been chosen to represent my local community on the Council.

It so happened I was the first non-white politician ever to be elected at any level to represent Beaumont Leys, a predominantly white working class area of Leicester. But for me this wasn’t particularly noteworthy at the time. It was the area I had grown up in and gone to school. White working class people were my community and it was now my job to fight for their interests.

Over the course of my 4-year term I worked incredibly hard to resolve disputes, champion various causes, save jobs, and make a positive difference. By my early 30s it seemed a logical next step to seek a prominent political role, and continue putting my beliefs and values into practice, working to help people and challenge injustice.

In August 2014 I was selected as a parliamentary candidate for the Harborough constituency in Leicestershire. I was set to stand for a national political party in a UK general election. It was a surreal moment, but something that many friends and family had been predicting since I was a teenager.

Of course in reality my prospect of becoming an MP in 2015 was very slim. The constituency was a safe seat for the incumbent Conservative Party. Nevertheless I persisted and from January 2015 right through to early May we ran the most exciting and enjoyable election campaign the constituency had seen in decades.

A relatively dormant local party was enthused and revitalised. My team and I attended public demonstrations and campaign events. I took part in hustings and debates at the secular society, a Hindu community forum, the chamber of commerce and the National Farmers Union.

For the first time in years we ran council candidates on every ballot paper and in every ward. And I took dozens of local activists out to campaign with me in some of the most marginal constituencies across the East Midlands, helping many of my party’s candidates in key winnable seats.

Whenever I had a few spare hours I’d pop over to see my grandfather to update him on the latest campaign event and opinion polls and generally put the world to rights.

We even sat together on his couch and watched the Leaders’ Question Time debates on Thursday 30 April 2015. Sadly it was to be the last time I’d see him alive.

On Wednesday 6 May 2015, the day before the general election, we received a distressed phone call from one of my aunts. She said my grandfather was unwell and told my parents to get over to the house. I was upstairs on the computer and oblivious to what was going on.

A frantic phone call from my father 20 minutes later spurred me into action and I began getting ready to head over to my grandfather’s house.

It was one of those strange moments, which many people will have experienced, where an otherwise ordinary day becomes extra-ordinary. You experience time in slow motion, with heightened senses, and remember every little detail.

Before I had the chance to put on my shoes another phone call confirmed the awful news. My grandfather had died. His heart had suddenly stopped working and he had collapsed at home. His name was Jayantilal Narsidas Dattani and he was 80 years old.

I’ve always found it really strange how we experience the death of a loved one. It’s as if the whole world stops turning and nothing makes sense any more. It even makes us angry to see other people just carrying on with their normal lives, chatting away, laughing, behaving as if everything’s okay. Grief really is a complex emotion.

The suddenness of my grandfather’s passing hit me like a tonne of bricks. Not just because I had lost someone whom I loved so dearly. But because this was the man who had inspired me to dedicate so much of my life to politics.

It didn’t make sense for this to be happening the day before the General Election. We were supposed to be experiencing the election together. We were meant to discuss my result and consider the next steps.

In the Hindu tradition a death prompts the beginning of two weeks of prayer and rituals at the home of the deceased with extended family coming together to support one another.

On Election Day therefore I was away from my campaign team and the constituency. I spent the morning covering my grandfather’s lounge floor with sheets and helping to rearrange the furniture to prepare for the many inevitable visitors coming to pay their respects.

Soon after 10pm once the polls had closed I forced myself to shave and put on a suit and made my way over to the result counting venue – a dreary leisure centre in the middle of nowhere, a typically British democratic custom.

During that election count – as night turned to day – I experienced a rollercoaster of emotions, not least because of the many surprising results from around the country.

On a personal level I was blown away by the compassion shown to me by my political rivals, including the incumbent Member of Parliament, who went on to be re-elected.

Unfortunately Harborough was the last constituency in the entire East Midlands to declare its result. We were up all night and I gave my concession speech at around 9.30am on Friday morning.

We managed to come in second overall, and it was the best result for my party locally since the 1979 election, which was before I was even born.

I didn’t immediately know it at the time, but the events of those two days – my grandfather’s sudden death and the exhaustion of election night – had a monumental impact on my life.

In the short term I experienced a crisis with my mental health. I was signed-off from work for several weeks with bereavement-related stress.

In the longer term my entire life was completely changed by those 48-hours. My world was knocked off its axis, causing me to re-evaluate everything, not just in my own life but philosophically as well.

It prompted me to engage on a journey of discovery. To try to make sense of life and our purpose here on Earth. To learn more about humanity and understand our place in the known universe.

Most importantly of all I learnt to truly value family bonds and friendships much more than my career and ambition.

In this new age of social media, with constant global news coverage and information overload, I have come to realise our most meaningful relationships – with the people we care deeply about – are the best way to stay grounded. To be happy.

And to find the strength we need to work hard to make this a better world. 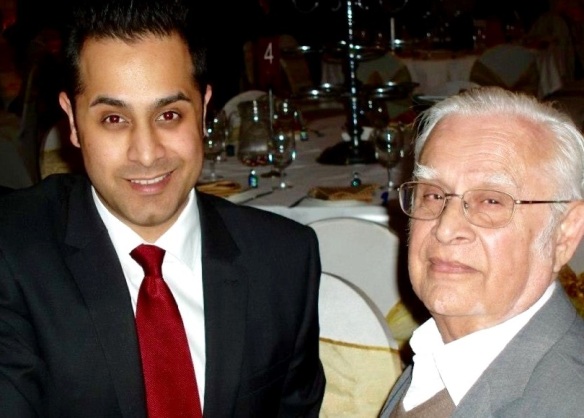 4 thoughts on “48 hours that changed my life”