My speech to Council can be viewed here. 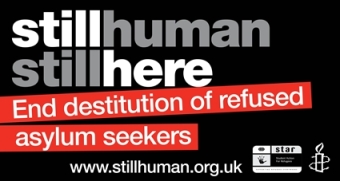 I think I might be one of a few people in this room whose parents and grandparents were in-fact refugees, and I’ve spoken previously on my family’s connection to Uganda.

I was having a conversation with my dad recently and he was telling me about how he and his family arrived in this country with £55 in their pockets.

He was also telling me about how the Ugandan military had put up many checkpoints along the route to the airport.

Families were routinely robbed of what little possessions they had. Worse still, women were taken from queues, only to be raped and murdered indiscriminately.

It’s quite a horrific part of my own family history, but I think it certainly played an important role in my own upbringing, and the values that my parents instilled in me.

However I think it’s also true to say that we don’t necessarily need to have had a personal experience with the plight of refugees, in order to be able to empathise with it, to understand it and to want to see things change.

So I have a lot of time for decent, conscientious people who recognise that we have a moral human duty to try to help refugees.

Contrast this with the way the current government is playing party politics with the lives of refugees, whipping up fear and resentment, and failing to offer genuine help to many asylum seekers who have temporarily settled in Britain. 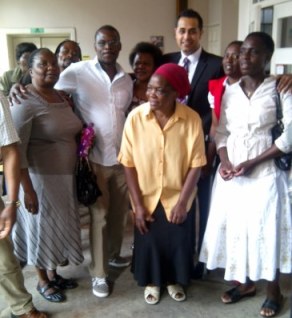 Many of you will be familiar with the case of my former constituent Evenia Mawongera, a grandmother who had fled to Britain some 10 years ago, who late last year was forcibly deported back to Zimbabwe.

Evenia had the support of her local church and Leicester’s strong and vibrant Zimbabwean community, many of whom live in Beaumont Leys. She also had the support of our City Mayor, the city’s 3 MPs, probably every councillor in this chamber, and many other agencies, community groups and even our local press.

And yet despite the best efforts of Leicester people to help one of their own, Home Secretary Theresa May refused to intervene.

After Evenia was deported back to Zimbabwe the Leicester Mercury ran an article in October 2013, reporting on the concerns of Evenia’s friends and family, who said that they had been unable to reach her, and that they feared for her safety.

Of course there are people who have legitimate fears about newcomers, whether they’re refugees or economic migrants; the biggest of which is an understandable concern about the finite resources that we have as a nation and as a city.

It’s right that these fears are addressed with respect and serious debate. But it’s also right that we understand and explain the very big difference between economic migrants and those who come here as refugees and asylum seekers.

I think another thing that people also worry about is the loss of British culture and British identity, almost as if Britishness was a tangible thing, and the more you dilute it, the weaker it becomes. 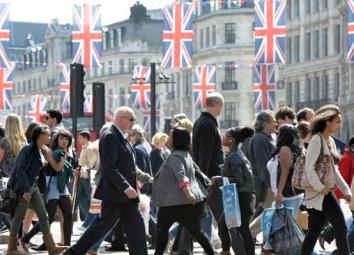 However I fundamentally disagree with this. In my view Britishness is a mind-set and a way of life. It exists in the hearts and minds of people who value what it is that makes our country great: from our civil liberties and social freedoms, to our respect for democracy, human rights and the rule of law; from our sense of humour and our shared history, to our love of quirky things and our compassion for people and animals. And it is this sense of British compassion that we must tap into, to convince those in power and ordinary British people that it is both right and proper that we do our bit, to help refugees and asylum seekers.

Persecution abroad should not lead to destitution here, and those who arrive in Britain fearing for their lives, should be given sanctuary, shelter and support, so that they – just like my parents and grandparents – can work hard and contribute, to enriching this great nation of ours.