“I was disappointed not to be selected as Labour’s candidate for Leicester East. I want to thank my friends and supporters in the constituency. In my job I challenge abuse of power and corruption – and as a Labour member I fight injustice and unfairness. So I cannot stay silent on the obvious dodgy practices and nepotism involved in this process, where Labour’s ruling Executive chose a member of Labour’s ruling Executive, as the candidate.

NEC members are meant to be the referees in late selections, not divvy them up for themselves and be the beneficiaries. The fact that some journalists were briefed before applications had even opened that Claudia Webbe was to be gifted the seat, exposes the inherent unfairness of this sham contest. This type of conduct, where a well-connected favourite is nodded through, is no better than the Etonian old boys’ network that Labour seeks to condemn.

Worst of all, it is a slap in the face for the Indian community in Leicester and across Britain, to not only impose a non-Indian heritage candidate – in a seat with one of the highest Indian demographics in the country – but also a candidate who chaired Labour’s National Conference earlier this year when it passed an appalling anti-India motion. It sends entirely the wrong message and is an insult to the people I come from. It shows just how little the Labour Party values and respects the Indian community, particularly Hindus and Sikhs.

Any other decent candidate would have been suitable – it didn’t necessarily have to be me. But by selecting such an inappropriate candidate for Leicester East, Labour has chosen to rub salt into the wound it has created amongst British Indians. Labour is taking the Indian vote for granted and I condemn this crooked outcome.” 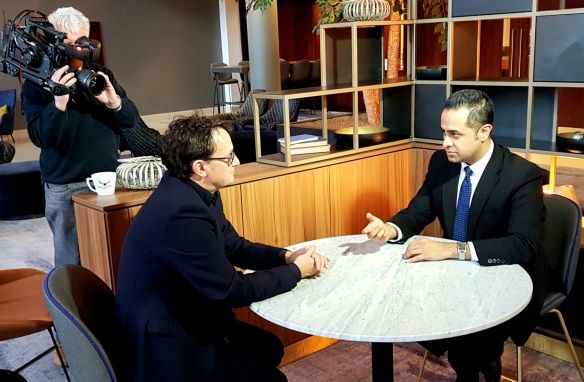 Subsequent media coverage of this story: