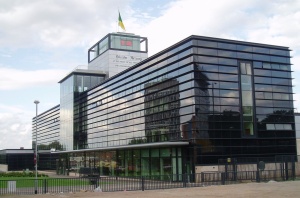 In light of recent events at the News of the World, I wanted to write to thank you and your staff for the way in which our local paper is run here in Leicester.

Whilst on occasion I may personally disagree with a particular story, I do appreciate the integrity shown by the Leicester Mercury, and the robust, but fair approach taken by the paper.

As a lawyer and as a former journalist, I believe that the press have an important role to play in holding politicians to account, as well as bringing important matters to the attention of the general public.

I also feel that relationships between journalists and those who hold public office should never become too cosy, and to that end I am pleased to say that my personal dealings with several Leicester Mercury journalists, have always been professional and above board.

It would of course be very sad if innocent journalists at the News of the World lost their jobs following the recent scandal. However, with employment laws the way they are in this country, and with such a vast media empire at the disposal of the Murdoch family, I expect most if not all will be re-employed elsewhere in the organisation.

In terms of the paper itself being shut down, I couldn’t be happier. It was always an arrogant and tacky excuse for a newspaper, which for decades abused its market dominance and popularity to both unfairly belittle those in public life, and bully so-called celebrities with information about their private lives.

I for one am glad that the Leicester Mercury holds itself to a higher standard, and that we in the county of Leicestershire benefit from an adult newspaper that is keen to focus on real life, and the important issues that matter to ordinary people.