My grandfather Purshotam Meghani passed away 10 years ago today. I remember his life and his death in such vivid detail, it certainly doesn’t feel like he’s been gone for a decade.

He was an ultra-conservative, strict, traditional man. But he was also caring and deeply religious. He was born in Gujarat in northern India around 1920; we never actually knew his real birth day. Both he and my grandmother moved to Uganda sometime after India’s independence in 1947, and having worked hard as a labourer most of his life, my grandfather started a small family business selling household goods.

My grandparents had 3 sons including my father, and the entire family were among the thousands of Ugandan Asian families who were forcibly expelled from the country, by Idi Amin. The bittersweet irony of this for me of course, is that were it not for the actions of this ruthless dictator, my father would never have met my mother.

I have clear memories of accompanying my grandfather to the local shops, parks and temples as a very young boy. I felt safe when I was with him. Occasionally groups of teenagers would hurl racist abuse at us as we walked along the St Matthews estate. Of course I didn’t know what racism was back then, but I certainly knew that we were being sworn and shouted at.

In spite of how fearful it must have been for my elderly grandfather, he was always happy to take me to the nearby park. I’d play on the swings for hours as my grandfather looked on, and we used to enjoy feeding all the little hungry pigeons.

One hot sunny day in the summer when I was around 5 or 6 I remember slowly creeping past one of my teachers whose back was turned, and walking out of school. I saw no problem in wanting to visit my grandparents and spend the afternoon playing in the park with my grandfather. My plan would have worked too had it not been for my eagle-eyed father who spotted me as I was walking past our house. Needless to say he was not best pleased with my poor teachers when he hurriedly took me back to school.

My understanding of life and my views have developed sharply at odds with those of my grandfather. And yet he taught me so much about courage and about resilience. As I grew older and my grandfather was able spend less and less time outdoors, I would visit him and we’d sit together in the lounge watching the news. He would sit silently in his armchair wearing his thick black rimmed glasses. He barely spoke a word of English and yet he always seemed to understand enough of what was being said on television.

This man, without whom I would not exist, survived the Second World War, extreme hardship, a deadly house fire, and a serious industrial accident in the mid-1970s which saw him lose the tips of several fingers. He had also been expelled from one country because of his race, and experienced hatred in another country, because of his race.

My grandfather was a very religious man and he had worked hard throughout his life to provide for his family. He also had the potential to be extremely strict and he had a ferocious temper. His entrenched and antiquated views were only quelled much later by the gradual deterioration of his health.

He was the type of man that never sought or particularly welcomed help from others, and he had what seemed like an inherent mistrust of peoples’ motives. But he was also kind and compassionate, especially to me, and he had developed a very silly but highly amusing sense of humour in his later years.

For the last decade of his life he was unable to speak very much, having been partially paralysed on one side of his body after a major stroke, and he had also developed dementia. What was meant to be just another routine visit to hospital in early 2001 quickly became something far more serious. After several weeks on a ward at the Leicester General Hospital he contracted MRSA. He died at around 9am on Sunday the 15th of April 2001.

My grandfather’s mind and body lives on through his children and his grandchildren, but his soul has long since moved on. I pray for God to watch over him always. 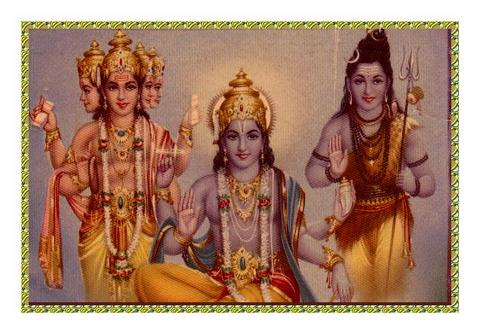