The map of the world that most of us are familiar with, isn’t strictly accurate. The popular Mercator projection map of 1569 inflates the size of land mass moving away from the equator. As much of the developing world lies near the equator, these countries appear smaller and less significant, like the continent of Africa for example which appears the same size as Greenland. The Gall-Peters projection map of 1973 by contrast provides a far more accurate interpretation, correctly reflecting areas of equal size on the globe, and thereby restoring less powerful nations to their correct proportions. This clip from The West Wing sums it up brilliantly: 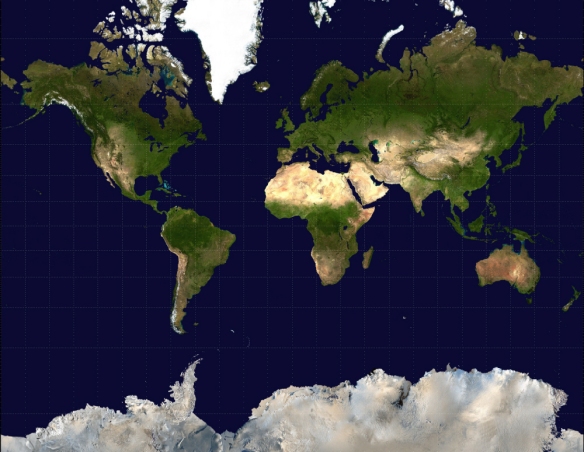